There are several reasons why you should avoid fake nails.

A lot of girls like putting them on saying it helps cover up their natural nails which they assume are not that pretty or some just use the fake nails to highlight their fingers as these nails can be done in various shapes and colours. All that beauty comes at a great price.

After reading the reasons why you should avoid fake nails; but still consider putting them, then when you go to do your nails, you need to pay attention to what is going on. Sometimes the danger is not actually caused by the nails but from the person doing them especially if they are being done by an untrained person so you must be extremely careful. Also, let your nails be left empty for a while so that they can breath. Some people put fake nails the whole year which is not good.

There are countries like in the western world where women with fake nails can successfully go through their daily activities with very little stress because of their general life style, various machines and equipments at their disposal but they could still get infections. Here in Africa especially in countries like Cameroon, very few people can afford such things so most of the activities are done with the hands. If you find yourself in such a country, here are 7 reasons why you should avoid fake nails. 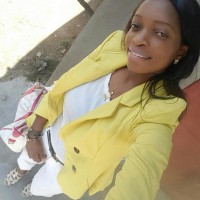 GET RID OF BAD BREATHE